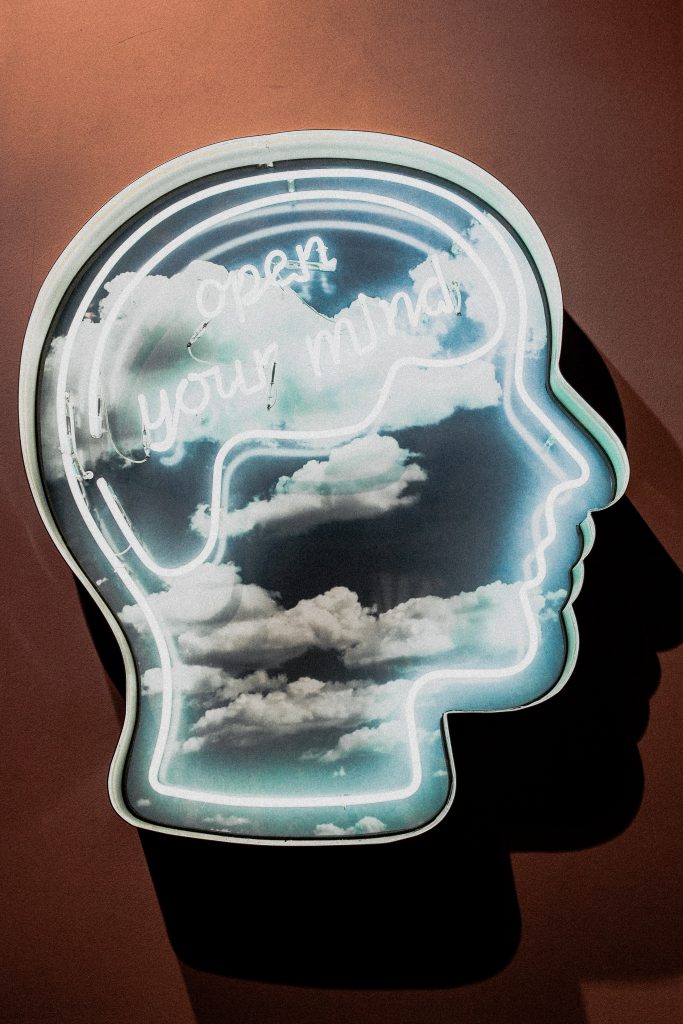 My day started at 10am with my first patient.  He was concerned about loss of muscle mass and pain located in his arm as well as upper back pain. He was diagnosed with a probable new cervical disc herniation with a trigger point. He received a Cortisone shot to his trigger point and a cervical spine MRI was ordered. Thankfully, the MRI did not show a new herniated disc and the trigger point injection alleviated his back discomfort.

Our second patient came in for an emergency department follow up for chest pain with multiple risk factors for coronary artery disease. We arranged a stress test and discussed diet and lifestyle modifications. We will be following this patient and encouraging him along his journey.

The third patient of the day came in for an ongoing issue of abdominal pain and dizziness. The recent development of nausea and vomiting was cause for concern.  A CAT scan of her abdomen had been ordered but not performed due to scheduling issues.  Her physical examination revealed a mobile upper abdominal mass that could represent stool. We rescheduled her CAT scan, finding the most cost effective facility for her insurance, and gave her medications for symptomatic relief.

The fourth patient was an old patient that decided to come back to our practice because of being unhappy with her current PCP.  She expressed frustration with lack of communication and accessibility.  She saw our facility and  signed up for the year,  scheduling a physical exam.

The fifth patient has history of obstructive sleep apnea and post concussive syndrome with diminished taste. As a result he had some ongoing anxiety and depression.  His medication was reviewed and changes were made to help alleviate his symptoms.  We also made an appointment for counseling.

Our  sixth patient was seen as an urgent visit for COPD and asthma. Unfortunately, as we see time and time again due to health care costs, the patient had stopped  his inhaler a week prior due to medication cost. We did an in office nebulizer treatment and set him up with home nebulizer treatments. Thankfully, while he was in the office, we were able to get him on a less expensive inhaler and he was able to go home.

Seventh patient of the day was seen urgently after his father called and stated that he was having difficulty swallowing with a sore throat and fever for two days. The father carried his six-year-old son into the office. His throat was quite swollen and he did have a positive strep test with a temperature of 102.5. He was able to drink water and we gave him a shot of an antibiotic and put him on oral antibiotics. We called dad the next day and he was almost back to normal . He was glad he did not have to go to the emergency room and thanked us for being their doctor.

The eighth patient was a scheduled annual complete physical for a vibrant 74-year-old  and doing quite well.

The ninth patient was a new patient looking for a primary care doctor, so we had a “get to know” you visit.

Interestingly, this was the first time I saw more than five patients in one day since beginning our direct primary care journey in October of  2017. Before that we would routinely see  around 25 to 30 patients a day.

Not exactly A busy day.

Yoga isn’t just for granola eating, extremely flexible people (not that I’m hating on granola or flexible people). Yoga is for people of all ages and abilities.

Allow me to explain. Yoga consists of a series of body positions geared towards lengthening and stretching the muscles while working on controlled breathing and meditation. It has been shown to be very beneficial for stress reduction… and who doesn’t need less stress! For those of you that wish for a more scientific explanation, yoga reduces stress by reducing cortisol levels in our body. Cortisol is our stress hormone. It causes inflammation and can lead to heart disease. It is also elevated in anxiety and depression.

Do you have high blood pressure?

If so, you might like to know that in previous studies, yoga after 10-12 weeks was associated with decreased anxiety levels in participants, decreased “bad” cholesterol levels and decreased inflammation in the body. So, is yoga a cure for everything? Of course not! However, those that practice yoga regularly report an over all improvement in their perceived quality of life. You don’t have anything to lose by trying. You don’t even have to go into a yoga studio with people you don’t know, if you’re interested, as we will be having all-levels yoga class here at Action Medicine taught by Ellie Cushing (pictured above).

Join us in the next yoga class is Sunday March 10thth at 10am-11am. Space is limited so call 781-767-0910 or email office@actiondirectcare.com to reserve your spot.

Remember it’s daylight savings time,  set your clocks an hour earlier, and join us! No matter your level of ability or disability, we have poses that will work for you.  Feel free to bring a friend! There you have it, the benefits of yoga brought right to your front door through your own health clinic. You don’t need any special equipment and we have extra yoga mats for those without. We hope to see you Sunday! Namaste, Brooke Rieth NP  and the Action Medicine Team

We are bombarded by social media and magazines telling us what we need to do to be healthy, live longer, look younger.  A lot of these miracle cures come in the form of a vitamin… and there are so many vitamins! How are you to know what is important and what is just propaganda. We, at Action Medicine, have compiled a list of some of the vitamins we consider important and the reason for their use. We tend to use the Pure Encapsulation brand with our patients, due to its high quality. However, keep in mind,  not every person needs every vitamin and it is important to discuss your plans with your doctor before taking anything new.

Patients are getting more savvy about their healthcare. They are looking to be treated as something more than an illness or a number. However, when exploring the options, they are faced with an array of options, some of which are unfamiliar.

Let’s start with the most recognizable form of health care: Traditional. In this model, you will be seen yearly for a physical exam and then likely not again unless you have an illness or health concern. In other words, you are seeking treatment after illness has already set in, treating the illness, and then not being seen again until the next illness.

Functional Medicine, a lesser known but increasingly popular form of health care, focuses on laboratory analysis of micronutrients, evaluation of diet, exercise, meditation and sleep in order to get the full picture of a person’s health and to identify the underlying pathology. It tends to use vitamins, acupuncture, chiropractic and lifestyle interventions for treatment and prevention.

Integrative Medicine is a perfect blend of both worlds. It incorporates the fundamentals of Functional Medicine with its use of alternative modalities, but also focuses on more “western” treatments when someone comes down with an illness.

Here at Action Medicine, we tend to think of ourselves as Integrative. Our presiding physician is a Doctor of Osteopathic Medicine, meaning he can make sure that your body is in alignment for health and balance. At the same time, he is also licensed and trained to do everything a more “traditional” doctor does, such as sick visits, wound care and suturing, counseling and physical exams. Truly the best of both worlds!

If you are interested in becoming a member of a clinic that prides itself on blending the most current research on laboratory testing, such as food sensitivities to prevent leaky gut and autoimmune conditions, while also focusing on the importance of mind and body wellness with yoga and meditation, but also making sure your needs are met when an unexpected illness arrives – WE ARE THE CLINIC FOR YOU! The first visit is complimentary. Come meet our staff, ask any questions you may have, and prepare to become part of the healthcare movement.

First, congratulations! If you’ve gotten to the point of researching your options, then you have embarked on the first step of your journey to better health. We know that quitting is tough but if you’re committed to the fight, then we are committed to you.

Let’s get right to it. Nicotine replacement therapies are one of the first line options for patients and do not require a prescription to purchase them. This would be things like Nicoderm, a long-lasting replacement therapy and things like the lozenges and gums would be more short-term therapies. Generally, the starting strength of Nicoderm depends on how many cigarettes you smoke a day with the plan to step down in strength until you are off it completely.

Next, you have Chantix, which is a prescription medication used to assist with smoking cessation. It is believed that Chantix binds to the nicotine receptors in the brain, blocking the ability for nicotine itself to bind to it, but still allowing the receptor to release dopamine (a feel good neurotransmitter that also helps us focus and feel energized).

Bupropion, marketed as Zyban, is the other prescription medication used to help with nicotine withdrawal and can be used with a nicotine replacement therapy. It’s exact mechanism of action is unknown, but it is believed that it works on increasing dopamine levels as well. It is generally well tolerated, with an early side effect generally being insomnia, but this tends to resolve with use.

Behavioral therapy, alone or with pharmacotherapy, can be quite effective in assisting with smoking cessation. If you’re not sure what your resources are, you can call 1-800-QUIT-NOW for local resources in your area.

Finally, there are some less proven interventions that people still swear are effective, such as hypnosis and acupuncture. The current evidence doesn’t support it, but if it works for you, then it works.

As I said before, quitting is tough. If you feel you are ready to take the leap, call your doctor and set up an appointment to go over your options. All medications have possible side effects so whatever route you take should be discussed first with your provider, ensuring you have a treatment plan that is both effective and safe.