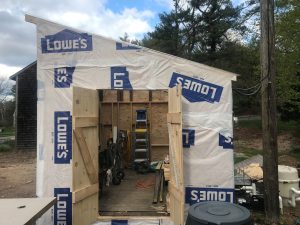 This past week has been a little bit crazy. We’re still getting a taste of winter in May. The old small barn is gone, the big barn has been repaired and the shed/greenhouse is up and watertight. I got the doors on just before the most recent rain storm. I think I’m in better shape now than I’ve been for the past two years. The only thing we have left to do is to put in the windows, do the trim and put on the siding. With the plastic roof, it gets very warm in the greenhouse so I’m going to have to install a vent with a thermostat. Fortunately we have electrical in the shed. 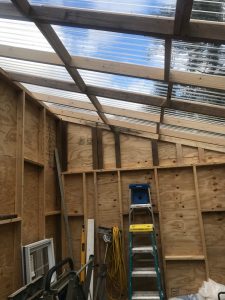 The ongoing saga of COVID-19 continues. The information I’m going to share with you now came from multiple sources including the world health organization, the CDC and a timely documentary on Netflix.

Experts all knew the pandemic was coming. There are over one and a half million viruses currently in wildlife. Zoonotic viruses can jump from animals to humans. SARS 1 was in 2002 and MERS (Middle east respiratory syndrome), was in 2012. The term COVID-19 is the name of the disease of the corona virus discovered in 2019. SARS-COV 2 is the name of the virus.

Viruses can enter through the eyes, nose or mouth. They can stay on inanimate objects for days and when people touch these items and then their face they get infected. People touch their own faces on an average of 13 times per hour. Up to 1/3 of patients can be infected without symptoms and still spread the disease. The people most at risk have underlying health conditions. 3/4 of hospitalized patients have these comorbid medical conditions. Minority populations are being affected in much higher rates than the general population and men are more likely to get the disease then women.

It is postulated that the pandemic began in a large animal open air market in China. The 1918 to 1919 influenza pandemic infected 1/3 of the worlds population.  St. Louis had shut down public gatherings and fared much better in 1918 than Philadelphia for example, which allowed gatherings and parades. Social distancing saves lives by preventing the medical system from being overwhelmed. 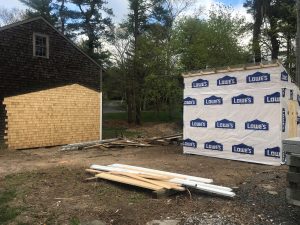 Smallpox was actually the deadliest virus because it was around for so long. In 1980 smallpox was the first virus to become eradicated by vaccination. The best way to defeat a virus is immunity but it’s unclear whether immunity is a lifelong event after getting the disease.

The world health organization is run with voluntary funding and really should be run with mandatory funding to better be able to do research and development to prevent these pandemics and to better help mankind cope with them when they do occur.

Viruses are as old as life on the planet and are not going to go away anytime soon. Fortunately scientists are now sharing their research by way of the Internet and this is going to help in the future with vaccine and treatment protocols.

Remember to develop foresight you need to practice hindsight.

Get these articles right in your inbox!