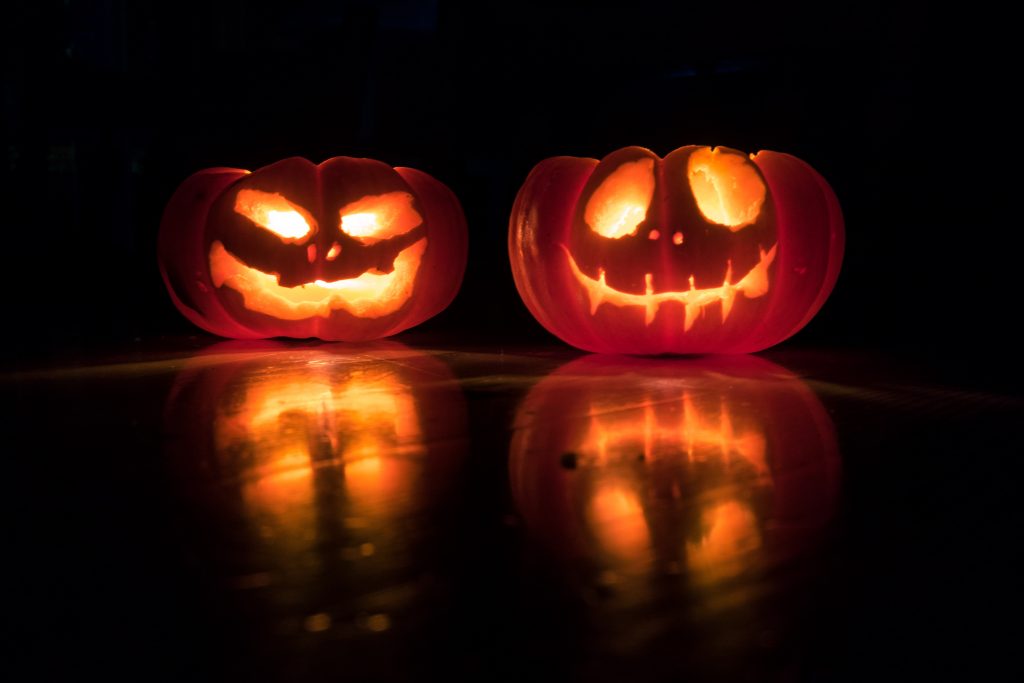 Action Medicine is taking a break this week from our usual, more serious, health related topics to have a bit of fun. It’s almost Halloween! Most of us have fond memories of dressing up and going out on cold October nights, to jack-o-lantern adorned porches, in order to demand that strangers supply us with candy…OR FACE OUR WRATH. Woe be unto the poor, well meaning, individual that DARE give us Raisins!! However, it wasn’t always this way.

The roots of Halloween can be traced back by almost 2,000 years! In the area that is now Ireland and Northern France the Celts celebrated Samhain; the end of summer and harvest and the start of their new year. This took place around October 31st and was considered a time when the veil between the living and the dead was thought to be so thin the deceased could return to our world to cause trouble or simply warm themselves by the fire.

Eventually, the Romans conquered the Celts and brought their own festivals, one to honor the passing of the dead and the other the goddess of fruit and trees, which were celebrated towards the end of October. You can see where customs would start to blend between the conquered and the conquerors.

Christianity eventually spread to previous Celtic lands and sought to replace the pagan festivities with church sanctioned celebrations. In 609 AD Pope Boniface moved the honoring of saints and martyrs from May to November 1st and called it “All Saints Day” also known as All Hallows.  (Ironically, it was celebrated the same way as Samhain all those centuries ago, with big bonfires, costumes, and parades.) Now, here’s where it all starts to come together, the day before All Saints Day started to become knows as All Hallows Eve…and eventually Halloween.

While All Hallows Eve was being celebrated in Europe, it was not that way in America. New England had a strong Protestant influence and did not celebrate such things. Areas further south would celebrate the harvest, but not Halloween specifically. It wasn’t until the latter half of the 19th century that America saw an influx of Irish immigrants and the popularity of Halloween began to grow and start to morph into what it is today.

Oh, and as for jack-o-lanterns, that’s Irish too. It comes from the Irish Legend of Stingy Jack, a man who bargains with the devil and is forced to roam the earth forever with only a hollowed turnip to light his way. Yes, the original Jack-o-lanterns were turnips. They were hollowed, carved, and placed in windows or doorways to ward off evil spirits. We eventually made the switch to pumpkins (and honestly it must be much easier than carving a turnip) and we’ve been doing it ever since!

Get these articles right in your inbox!